Engine: UDK May 2011
Development Time: 8 weeks/150 Individual Hours
Team Size: 5 people
Description: Rex Rocket Saves the Moon! is a first-person shooter with a focus on high-intensity aerial movement and dynamic combat. Rex’s Rocket Pack and Grappling Hook allow the player a high level of freedom when it comes to remaining airborne for a majority of the combat. Rex also has a rapidly-firing rocket launcher and regenerating Gravity Balloons, which the player uses to gather all enemies within an area into a tight cluster for easy dispatching. Rex Rocket Saves the Moon! tells the story of Rex Rocket as he struggles to stop Dr. Wagner’s evil plan to mine all of the Moon’s gravity. The player’s primary objective is to stop Dr. Wagner by destroying his fiendish equipment, and eventually dismantling his giant Moon Drill. Throughout the demo, the player advances by destroying the storage tanks full of gravity to restore the various areas of the moon to their natural Moon Gravity – allowing Rex to reach ever-higher levels and opening new areas to explore in the process.

Core Responsibilities:
• Served as Game Designer, which included writing and maintaining the GDD, ensuring the team worked towards a common creative goal, and working with the team to create the game’s mechanics
• Designed and implemented a system to modulate gravity using physics volumes and supporting Kismet
• Balanced key game mechanics to provide players with a well-tuned experience – including managing the different gravity levels, tuning weapon fire speed, and the charge time and power of the jetpack
• Designed and created checkpoint system using Kismet and level streaming 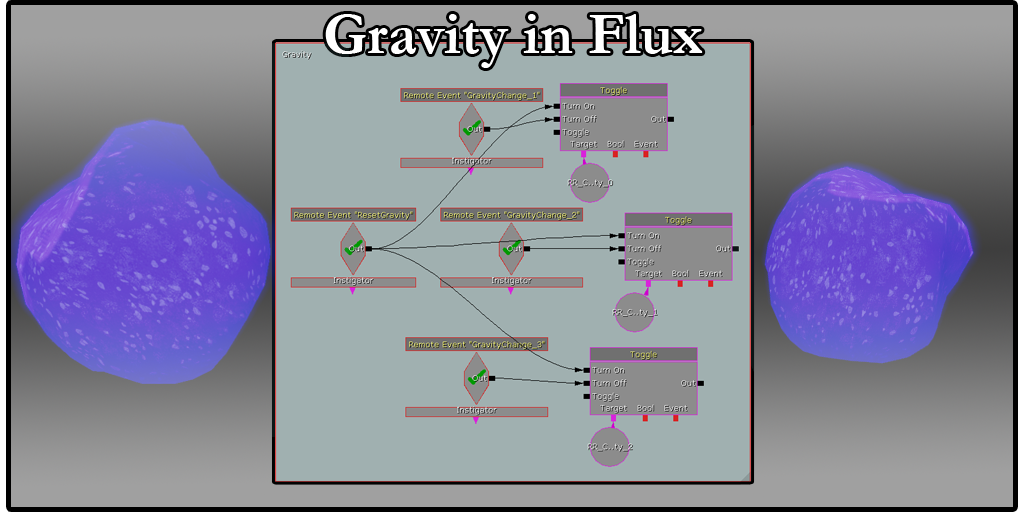 One of the big challenges in this project was configuring three different gravity levels that worked well with the movement mechanics, properly restricted player movement, and felt fun to move through. Additionally, each of these volumes needed to be toggled at the appropriate stage of the boss fight, enabling the player to reach new heights and advance upward through the level. Our programmers did not have the hours available to properly create a dynamic gravity system, so I used a series of toggles across three different volumes to achieve the desired effect – setting them all to ‘on’ at the beginning with the appropriate priorities and shutting them off as Rex destroyed parts of the boss, freeing the Moon Gravity from the tanks and loosing it into the atmosphere. To indicate to the player the relative level of gravity, glowing purple rocks – moon rocks that have been splashed with the liquid gravity – rose as the gravity lessened. These also provided important grappling points to aid player mobility and direct the player through the quarry.
Environment as the Boss 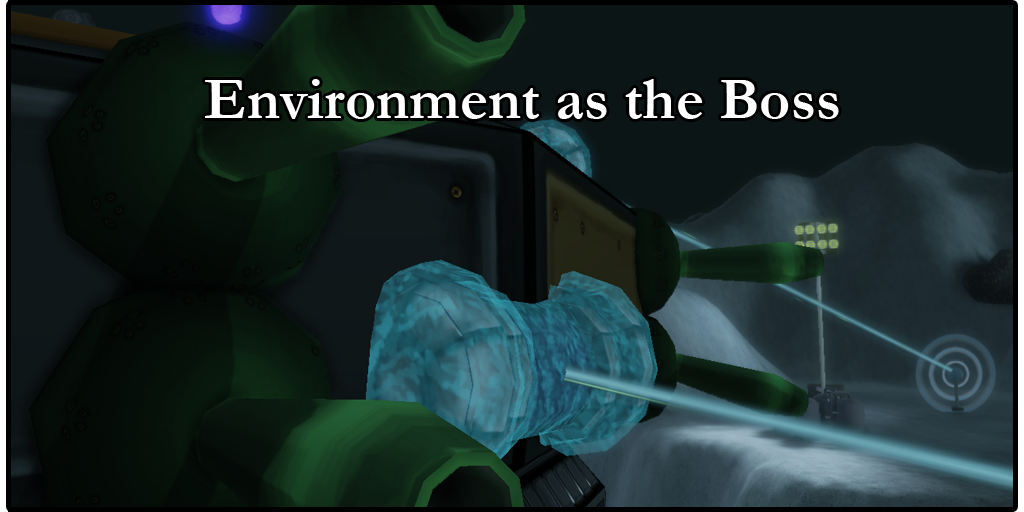 To ease the burden of content creation on our small team, we decided to integrate the boss as a giant drill that was hostile to the player throughout. Mounted on the drill – which is large enough to take up roughly 1/3rd of the quarry – are large rocket launchers. As the fight progresses and Rex gets closer to his goal, different sets of rocket launchers activate. This allowed us to keep tension high and have a solid difficulty curve without overwhelming the player with too many rockets flying towards them. The objective of the level is to climb atop the giant drill and destroy the mechanism that is controlling it, giving a clear objective that is present and visible throughout the entire level, while requiring the player to complete several sub-objectives to actually reach the top. Each sub-objective takes the form of a shield generator, located on the floor of the crater in areas only visible from certain tiers. After destroying a generator, the corresponding tank on the giant drill becomes vulnerable. Destroying this tank frees the liquid gravity back into the atmosphere, allowing Rex to reach ever higher elevations.

Fun Movement The most important goal for this project was to create a fun sense of aerial movement. We accomplished this by proving the player with a chargeable rocket pack, a grappling hook, and the means to lower gravity to increase airtime and jump height. The more time the player spent in the air, the better. We were inspired by rocket jumping, as seen in games such as Team Fortress 2, and the fun aerial grappling mechanics of games like Bionic Commando.

A Lighthearted Story A large goal of the game was to provide a fun, saturday morning cartoon style story for the player. The player controls Rex Rocket, a T-Rex stuntman from a Moon-based amusement park. Rex’s goal is to stop Dr. Wagner, who is mining all of the Moon Gravity to sell to Earth-based companies, leaving boring Earth Gravity in its place. This Moon Gravity is stored in bright purple liquid form collected in giant tanks along Dr. Wagner’s drill. By allowing our universe to function in a way that is completely divorced from reality, the story remains lighthearted and fun and the player can focus on the gameplay without worrying too much about the logic behind it all.

Creating a Powerful PlayerBecause our game was borne from adolescent cartoons and power fantasies, we wanted the player to feel incredibly powerful. This is why Rex has a rapid-fire rocket launcher that never needs to reload, as well as water balloons filled with liquid gravity, which draw all enemies in an area close so that a few rockets will send pieces everywhere. To reinforce this feeling, the player fights a swarm of weak robots. These robots come in two forms – the shotgun robot, which has a close-range blast, and the mortar robot, which lobs explosives into the air. These enemies also serve to reinforce the concept of aerial mobility – the shotgun encourages players to remain in the air for as long as possible, while the mortar encourages him or her to alter their course and remain active while up there.